I usually avoid romantic books to feign intellectual superiority and occupy the high ground from where I can judge others who do. It won’t be an exaggeration if I say that I had almost forgotten the meaning of ‘romantic love’ that one encounters either in life or literature. Gabriel Garcia Marquez has managed to drag me back into the colorful alley through his feverish, unreal and magical narrative.

Half a century; that’s the duration for which the protagonist (Florentino Ariza) protects and nurtures the love he has for his teenage sweetheart (Fermina Daza) in this story. One would need enormous faith and patience to wait for such a long time for the sake of love.

Everyone has a love story within them no matter how silly or ridiculous or uneventful it might be. The book did connect to me at a personal level and I believe it will with almost anyone who picks it up.

Even in his sunset years, the protagonist in this story is not tired of writing eloquent letters to his lover. He writes for a year without receiving any reply in his old age. That is something phenomenal. His love never turns impatient or hopeless.  Letters are now considered old school, but they have the romantic edge.

I might never be able to wait for that long. But I must confess that I have written a couple of letters that girls have walked over without much compassion or second thoughts. One of the reply that I received was diplomatic and never said anything in the affirmative.

The other reply was silence.

The tension one goes through while waiting for a reply is something one can chuckle about after a couple of years. When you know that it was not meant to be, you are either shattered or disappointed or both. I could relate with Florentino Ariza on both counts during the course of the book. I wonder if the emotional investment I put into my letters or messages were worthless. The extent of madness in love is directly proportional to the probability of its success.

Marquez’s writing is lyrical and filled with moments that leave the reader stupefied. One feels compelled to go back and read some parts over and over again and feel different kinds of emotions every single time. Even though the book is translated from Spanish, the author’s flow and literary beauty seem to remain intact. His descriptions of the harbour, his society and city and the political climate around him create vivid images of the times he lived in. 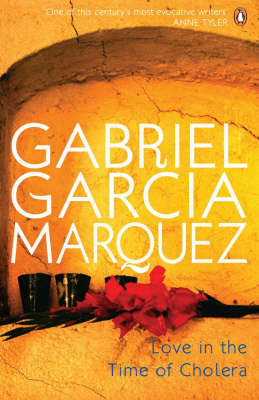 The characters and sub stories in it are deep and engaging. Dr Juvenal Urbino is the epitome of a respectable man who falls in the eyes of his wife. Fermina Daza is an impulsive woman who is caged by her own fickle decisions. Florentino’s mother is a woman who is caring yet concerned about her son. The list of multi layered characters goes on. But I wouldn’t draw inspiration from any of them, though it seems like a ridiculous statement. A pragmatist would claim that Florentino overdid it. At some point one feels as that he is faking it like Shah Rukh Khan in DDLJ. One can’t deny that Florentino was a liar. He made many promises which he never kept. Still, he has been glorified through a majestic dialogue in the last page of the book during his conversation with the captain.

“Do you really mean what you say?” he asked.

“From the moment I was born,” said Florentino Ariza, “I have never said anything I did not mean.”

The reader can brush aside Florentino’s amorous relationships with widows and abandoned women even when he claims to be in love with Fermina. But there were occasions where I hate this character’s reckless conduct absolutely. He shattered the lives of several women during the days he waited for Fermina. The truth is, sexuality is blind to all morality and logic.

The author might not have concluded the story as majestically as one would have wished. But the last scene underscores the universal fact: effects of love remain same at almost any age. One becomes more courageous and impulsive than an average individual of his/ her time.

Great books are remembered through great quotes. “Love in the Times of Cholera” has many, but I love this one more than any other. Surprisingly, this comes from the other man in Fermina Daza’s life ; her husband Dr. Juvenal Urbino.

He would say :”The problem with marriage is that it ends every night after making love, and must be rebuilt every morning before breakfast.”

The book is not about unrequited love (as the famous first line of the book may indicate) , but the kind that never gives up till it is accepted. It is also about various forms of love that are never discussed in a regular romantic tale. It paints vivid pictures of moral and immoral; normal and abnormal forms of love. The narrator describes its avatar in imperfect marriages, in shady extramarital adventures. Socially forbidden forms of attraction like prostitution and pedophilia are not kept out of this book’s scope.  It is a book that will shatter you first and then compel you to wonder if you can accept love it in its myriad incarnations.

In that sense, the book was a revelation to me. And I bet it would be to you as well